Here at PhoneyFresh I share my weirdo interests, including (but not limited to): Garage sale and dumpster treasures, vintage magazine innards, glorious VHS trash, forgotten LP covers, self help schlock, vexing vixens, my kitschy kollekshuns and oh, so much more. Ninety-nine percent of the content you see here is from my own collection. Scanned by me, photographed by me, etc. No low-res Google search globby jpeg junk here folks! Dig!

Oddly enough, I got this book for my birthday. My mom got it at Goodwill. I really don't think I need to say much more, the pictures speak for themselves. 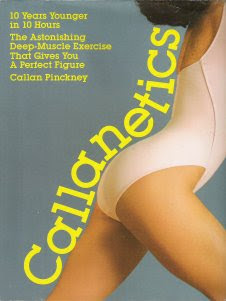 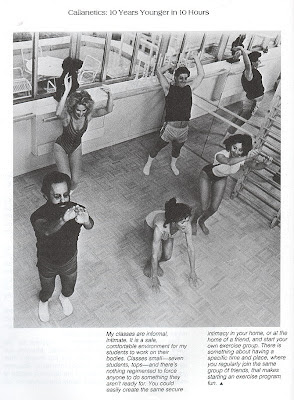 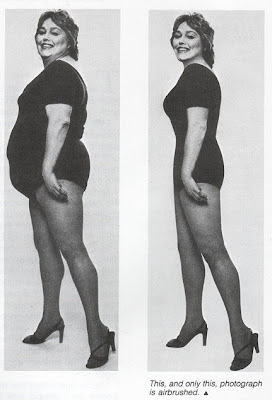 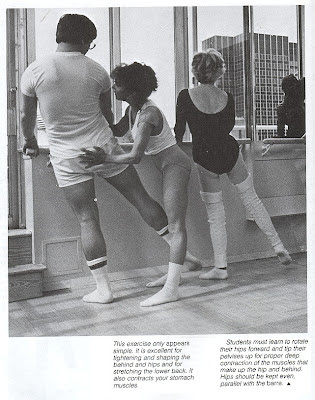 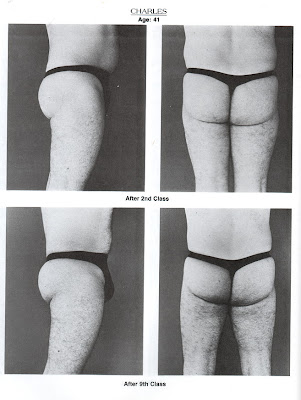 Buy this book and you too could see results like Charles. 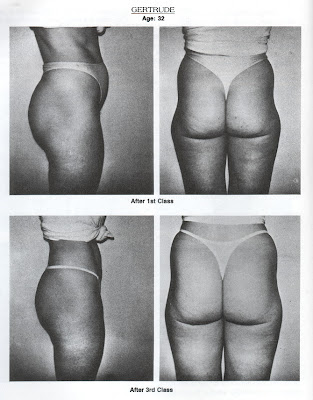 Posted by phoneyfresh at 4:25 PM

Not sure where you are coming from with this post, but I can speak as someone who has actually used Callanetics, felt and seen the difference. The people featured may be out of shape in the photos, but that is the point, if you look closely the improvement is clear.

It is important however to keep in mind that this is an exercise program for anyone, as the other pictures you chose not to feature on this blog testify. People who would not consider themselves unfit would also benefit from Callanetics, due to it’s emphasis on body strength rather than just ‘thinness’ which can be a major misinterpretation of health and beauty, all be it nothing more than weakly veiled anorexia.

Despite its seemingly easy moves, this exercise plan is in reality very hard to perform accurately. With a little patience and motivation this can of course be achieved. Well worth taking your time, as this will afford the best results, as anyone who has ever used Pilates would no doubt agree. After all these two systems of exercise share the same basic principles.

As a good way to build up to the one-hour plan, as laid out in ‘Callanetics: 10 years younger…’ I recommend Callan’s other book, 'Callanetics Countdown: 30 days to a beautiful body', which slowly increases the number and difficulty of repetitions over four levels. There are thirty sessions, but no real need to take the title too literally, this is very much a regime that you plan by yourself, choose to exercise everyday, every other or only 2-3 times a week.

As in all her books Callan states repeatedly that we each have our own level of fitness and flexibility, so to move at our own pace, as our body allows, at this moment in time. Especially encouraging us not to compare ourselves to others, as this is a very unhealthy practice.

Callan Pinckney is an inspiration; her emphasis is on building a strong, powerful body that you can enjoy no matter what your age. Giving yourself the best possible gift of all, health and fitness. From this type of philosophy real beauty can be nurtured, improvement is guaranteed if you take the time to practice, like all things in life.

Years ago I was working with a woman who when she told me she was 44 I was shocked, I was about 28 then and she looked a couple years older... I told her I hoped when I was her age I looked as young as she did... well the next day she brought me this same book... she said it was her secret, she now had the video and didn't need the book any longer... so I started doing the exercises in the book... eventually i got the video and was glad too cause as it turned out I hadn't been doing some of them to proper form... and I listened to every word... the workout was amazing and I kept it up for years... eventually i found out about a Callenetics franchise that had opened astudio about 50 miles from where I lived,... I signed upi for six weeks and drove in by 6am three times a week... just to be sure I had the correct form... and found that mostly I did and corrected the rest... that first workout there seemed just like the ones I did at home but someone pushing me a little more... when we were done, it was a flight of steps down to the main floor and parking area, my legs were like rubber!
A few years later, I was getting ready for a date, trying to figure out what to wear... I wanted to wear my leather skirt but it was too snug across the butt.. so I pulled out my Callenetics tape, did an hour of it and slid right into the skirt... no lies.... amazing program, nothing to scoff at.. I beleive they say one hour of Callentics= seven hours of areobics or 3 hours of weightlifting...
I am really out of shapre right ow, not too bad but enough and so I just began doing the exercises again... and expect to slide into my size 8's in a couple weeks, then hopefully those 6's by summer.
I've gotten lazy in my age and usually only do Callenetics when my back is bothering me or I've had unexplained headaches for a few days... the way these exercises realign your spine, releasing pressure and building the major muscles that support your spine are incredible... youthful and energizing... best wishes to anyone thaat happens on this... and I hope you went and got the DVD... am/pm is perfect for a busy person... take care, C. 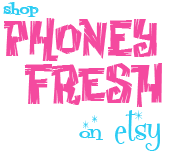 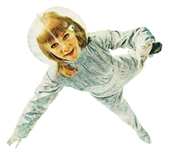 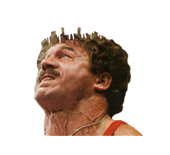